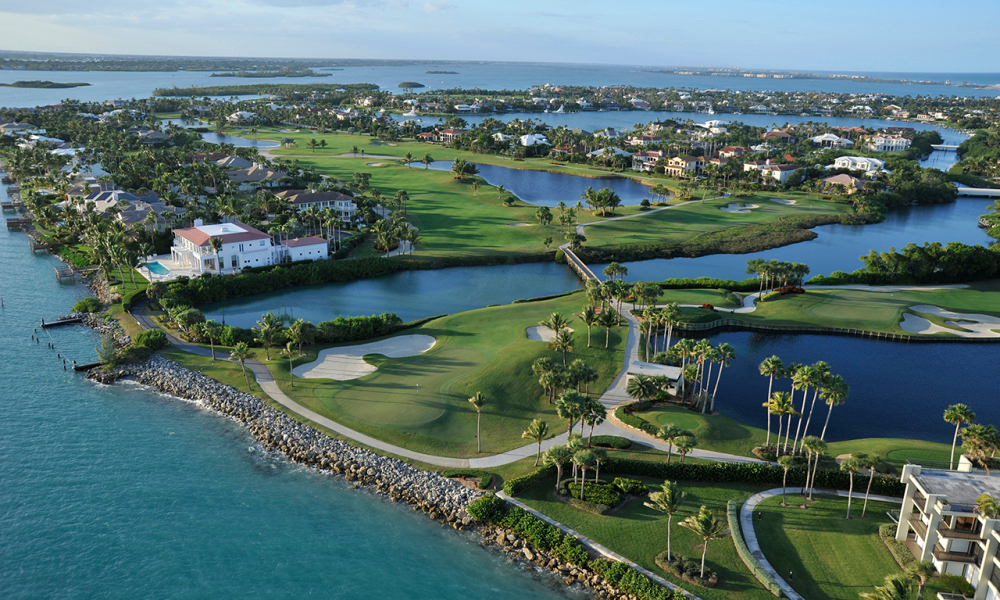 Last year was crazy period for residential real estate. After initial concerns about how COVID-19 would affect home sales in the United States, the markets in many areas basically exploded in 2020.

Realtor.com reported that nationally, the inventory for single-family homes declined 36.4 percent in August of 2020 versus August 2019, meaning a huge increase in demand. The median home price in the U.S. also rose 10.1 percent to $350,000 since August 2019. Homes also are selling faster than in 2019.

The hot sellers’ market is a result of many considerations, including record-low interest rates while buyers attempt to leave densely populated areas and try to gain more space for multiple people in a family to work or study from home.

The same trends are evident in golf communities, of which many are seeing soaring prices and demand for houses and memberships.

“All in all, the golf real estate component is certainly on fire, and I don’t see any signs of that stopping or slowing down,” said Jason Becker, a PGA of America professional and CEO of Golf Life Navigators, which was established to help prospective buyers – more than 23,000 of them so far – find the best combinations of homes and golf clubs.

Late in 2020, Golfweek spoke at length with Becker, who is based in southwest Florida and who works with more than 600 clubs around the country, to learn more about this booming market for real estate tied to golf clubs. 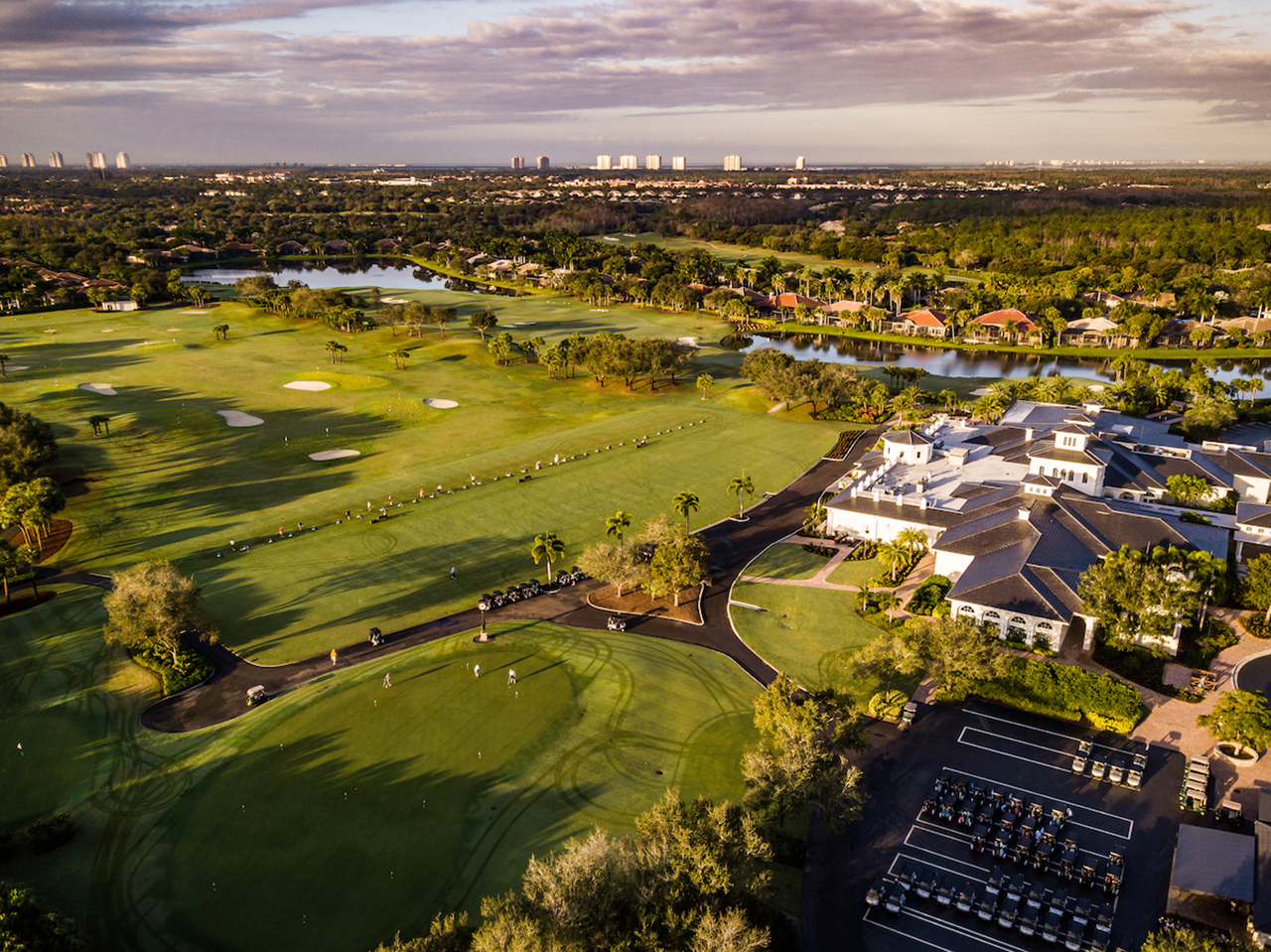 Golfweek: What’s the story of the year so far? Is it all about COVID?

Becker: The biggest story of the year that I’ve seen is the increase in the amount of people who had originally wanted to live outside the gates of a community now wanting to live inside the gates. Pre-COVID, 58 percent of people wanted to live outside the gates of the community where they might play golf. That’s a staggering number when you think about all these communities. That can lead to a series of issues for clubs that are reliant on nonresident members.

Today, that number is down to 39 percent. So that’s a dramatic increase in the number of people who originally thought they wanted to live outside the gates and now are looking inside. It’s COVID, and it’s safety, security, lifestyle, any number of things. It’s an interesting story.

Many clubs have done a really good job adjusting to COVID. For example, to have dining on property and be able to drive in your golf cart and pick up a meal, then take it back home, that’s a strength. It really changed – at least what we’re seeing on our platform – what people thought they wanted.

Will that stretch long term?

I really believe it will last. I do a lot of consultations over the phone, and in the last month or so I haven’t had one person indicate that they don’t want to live inside the gates. I think it’s a game changer for the industry, really.

What does that mean for pricing? Of course, the assumption is that prices will increase if more people are trying to live within the gates of a club.

Oh yeah. Right now in Southwest Florida, people are buying properties sight unseen. I heard about two properties that were bought today over Facetime. Things are moving fast. That not only increases the market for homes, but at least for the time being, it means it’s a sellers’ market.

What are people looking for in these homes? Is there a spike in requests for a home office and a work-from-home arrangement?

About 67 percent of home buyers in golf communities are saying they want a home office or a desk for virtual appointments. If I was a developer, I definitely would be jumping all over that for my buyers.

How are the age demographics changing? Are you seeing more younger people, maybe in their 40s, looking to embrace this kind of country club lifestyle?

Over the last four years, we have tracked it, the average age has dropped every year by a year or so. It used to be about 60 years old, and now the average person using our platform is 56 years old. And we do get a healthy amount of Gen Xers, people in their 40s who have said they are happy to work virtually now that they don’t have to be in an office in a city all the time.

How does club culture change as the ages of members drop?

For general managers of clubs, it can be difficult because you have several different age cohorts. Clubs have to change their culture. A great example of that is, is it acceptable to have a little boom box and play music in a golf cart? Ten years ago in Naples, you probably would have been excommunicated by the club.

But anymore, that’s what folks like. And we’re going to adapt to that. A lot of clubs are allowing jeans in the clubhouse, just relaxing the rules, because if you know that is what the next wave of buyers wants, you have to adapt. Things are changing for sure.

How are clubs doing overall throughout the pandemic?

When all this started in March, a lot of clubs were really scared about member resignations. When the Great Recession hit (in 2008), it was a free-for-all with people pulling the plug on their memberships. And that was a fear for the club industry – was that going to happen again? And they did a really good job saying, we don’t want you to leave and we’re going to show you that we have value. And that helped stop a big attrition rate.

Are dues and initiation fees going up this year as clubs become more important to their members?

Sure. I think there was an initial assumption by consumers that clubs would have to drop initiation fees and even dues a little bit to attract buyers, and that it would be a buyers’ market. And that hasn’t been the case at all. There have been a lot of clubs that have increased initiation fees because of the demand.

If you had asked me that question six months ago, I would have thought that clubs would have had to do some discounted programs or whatnot. But it’s turned out to be totally opposite of that.

How is the secondary-home market performing? Is most of this people trying to move to a new primary residence outside of a crowded area, or is there still a big market for secondary homes?

Second homes are doing great. Southwest Florida, in particular, is really all about that market. I think 68 percent of the folks we see are seasonal residents here.

You work with about 600 clubs. How many of those clubs are tied in with the real estate sales, and how many operate independently as clubs with no relation to real estate sales even within their communities?

What I mean by that, they should be meeting with real estate agents and brokers to see who is selling homes in the community and to learn what the process is there, to learn who the buyers are.

Obviously, in a new development, they have 100 percent control, so that is different.

Talking to a consumer who is new to all this, what would be the couple of things you would tell them right out of the gate?

I would usually start the conversation with, is this a move where you just want to be happy and you’re willing to pay whatever that might be from your budget just to be happy? Or is it an investment? Or is it work-related? Each one of those factors determines the course of action.

If this is an investment, I would try to help them understand that each club community’s real estate values are tied to the overall financial health of the club. You can see that in average square-foot values in these communities. When clubs do capital improvement plans, the market for the homes in those communities increases. When they don’t invest in their amenities, the value of the homes there can decrease.

I always tell people they should sit down with the club’s finance chairman and get an understanding of how the club operates. Most consumers do not realize that many clubs are not-for-profits. They are set up to take the dues in, pay for amenities and have it come out as a wash at the end of the year.

The more you can learn about how a club functions financially, the more educated you will be as a member and nothing is going to surprise you down the road.

I would definitely implore people to ask about a club’s capital improvement plans. I think the last report I read was that 80 percent of clubs in Florida have not invested in their amenities in the last 10 years. That means a lot of clubs will be doing that investment soon.

If I am a prospective member and the club does have plans, I need to know before I buy into the club, and it might change whether I do or not. If they are going to invest capital soon, that might satisfy me that those investments will be good for the value of my home. But it also might concern me that I could get assessed a fair amount of money, and do I want to have that burden?

So capital improvement plans and how a club combats amenity depreciation is something a consumer should talk about with the club.

Get in touch with us